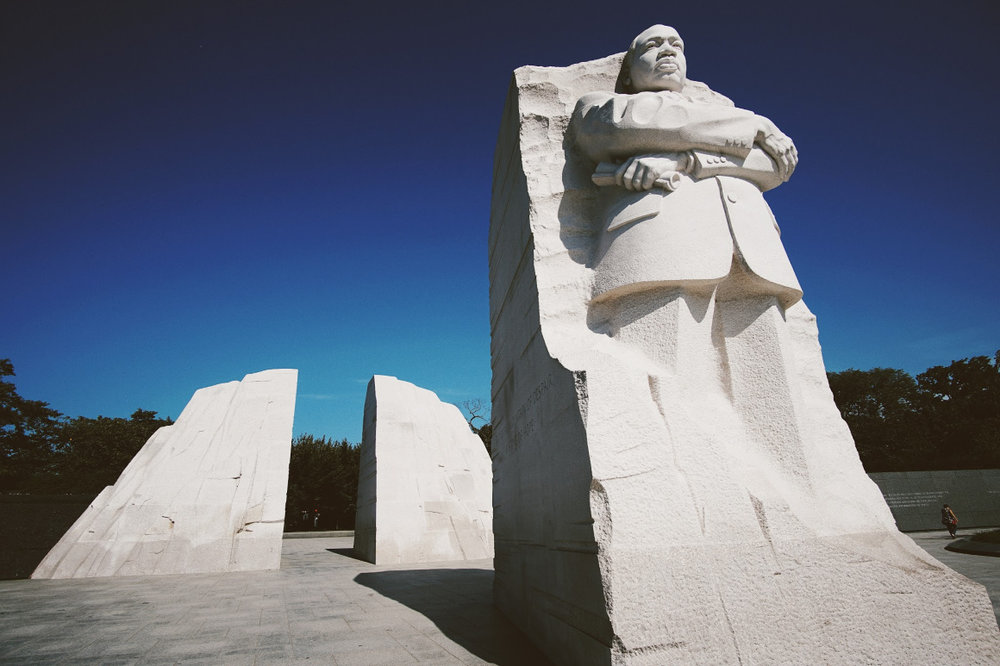 I strongly encourage you to read the whole thing

Now, don’t think that you have me in a bind today. I’m not talking about communism.

What I’m saying to you this morning is that communism forgets that life is individual. Capitalism forgets that life is social, and the kingdom of brotherhood is found neither in the thesis of communism nor the antithesis of capitalism but in a higher synthesis. It is found in a higher synthesis that combines the truths of both. Now, when I say question the whole society, it means ultimately coming to see that the problem of racism, the problem of exploitation, and the problem of war are all tied together. These are the triple evils that are interrelated.

He said, in other words, Your whole structure must be changed. A nation that will keep people in slavery for 244 years will “thingify” them—make them things. Therefore they will exploit them, and poor people generally, economically. And a nation that will exploit economically will have foreign investments and everything else, and will have to use its military to protect them. All of these problems are tied together.

What I am saying today is that we must go from this convention and say, America, you must be born again!