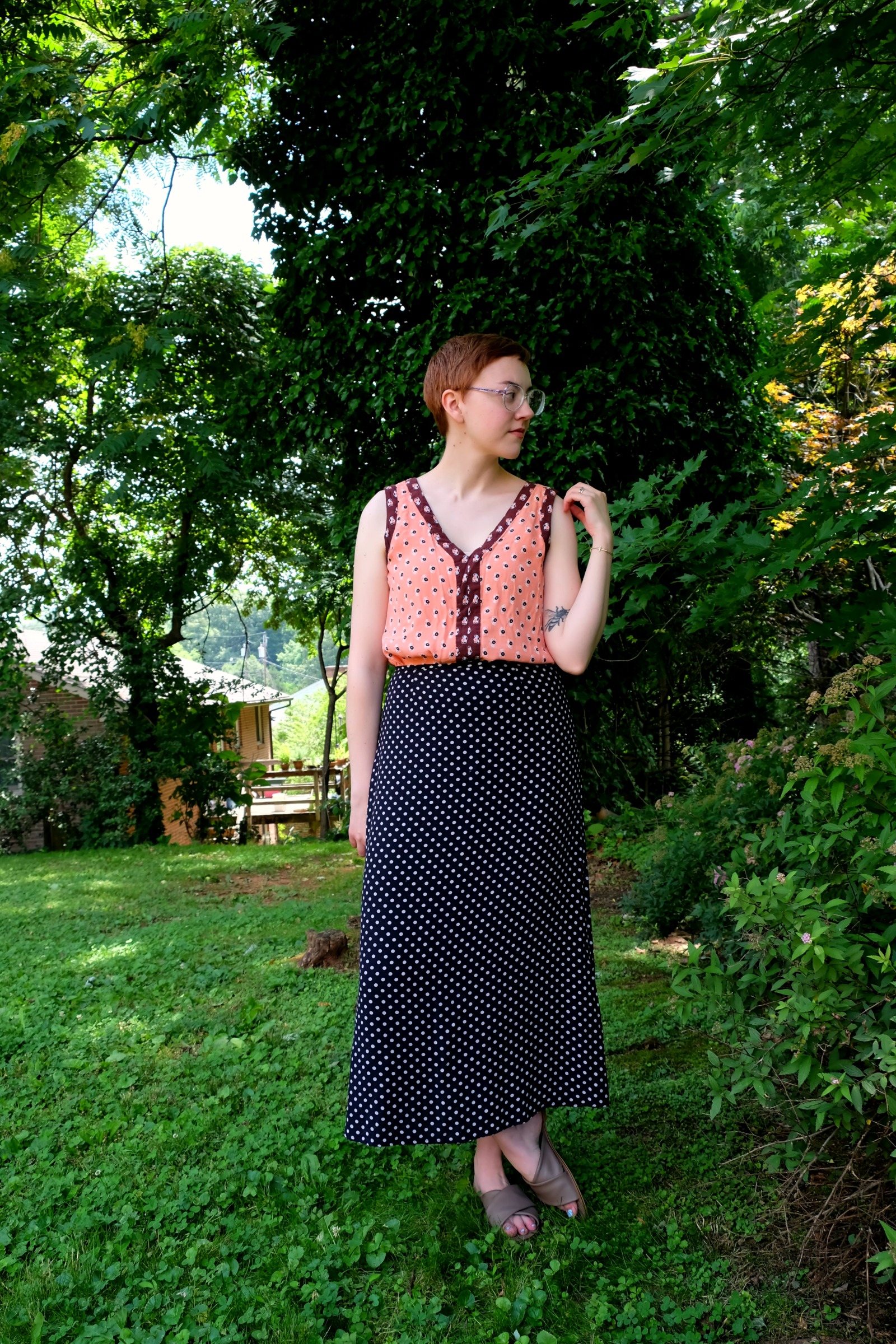 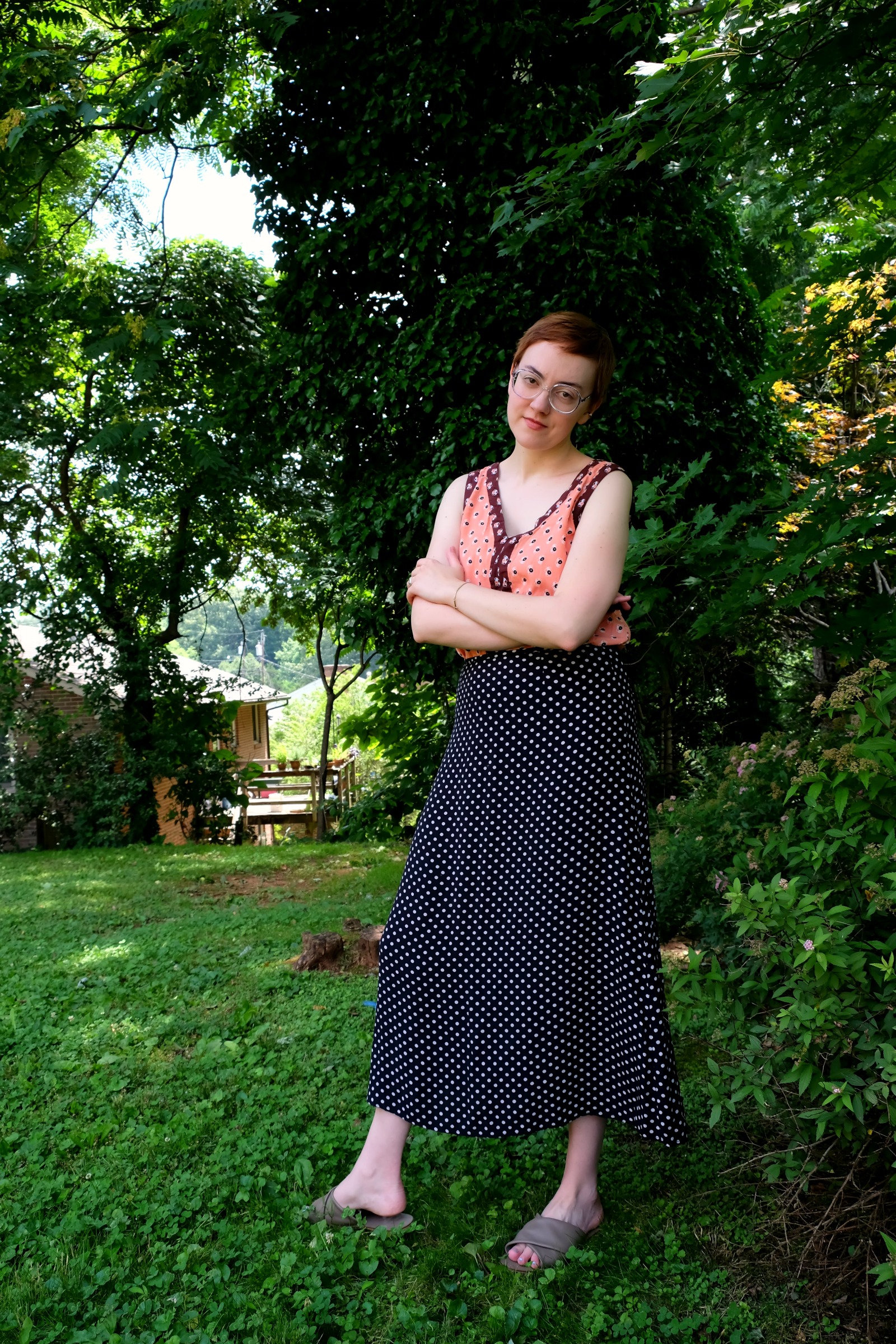 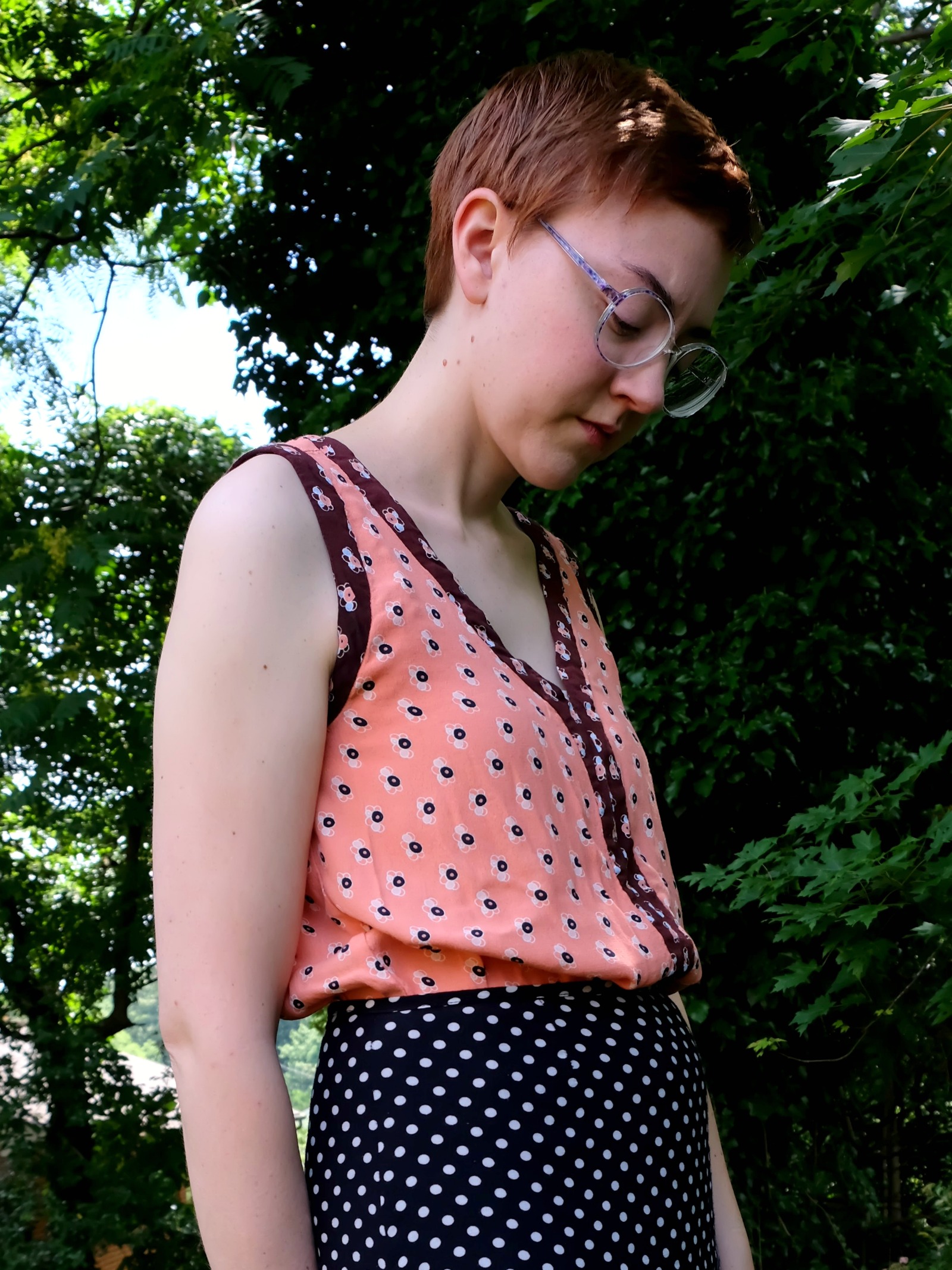 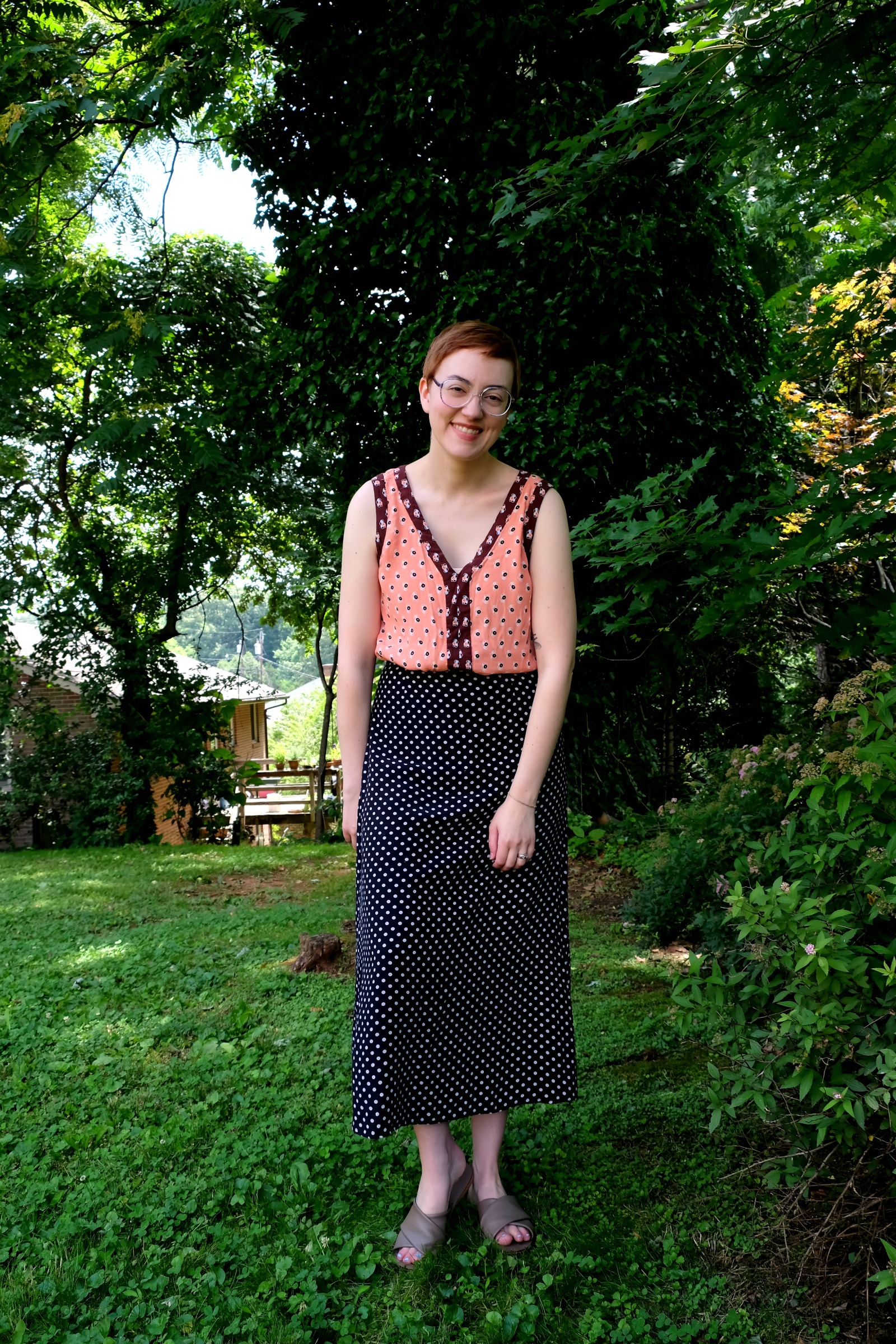 This outfit is a direct result of seeing a delightful, multi-patterned dress on Harling at Man Repeller, clicking over to the site she purchased it from, and discovering it cost over $1,000. My “hack” cost me about $7.00, give or take a few cents.

I think this particular pattern mixing experiment works because the dots on the blouse are nearly identical in size to the dots on the skirt, and they’re almost the same shade of navy as the skirt’s background. I’ve had the skirt for awhile – it’s my absolute favorite – but I bought the blouse for the express purpose of putting together this outfit. Obviously not a win for versatility, but conceiving of this as a kind of dress rather than as separates makes it more palatable.

Although I think versatility is an important factor in choosing clothing, if you don’t have super minimalist taste, there are inevitably going to be outliers. You can either choose to scramble them up into unusual print combinations or you can just love ‘em for who they are, in the outfits they work in.

Renee at Goblin Shark talked last week about her anxiety over not having a cohesive sense of style, and I think that it’s worth thinking about what causes that. Anxiety around appearance and “taste” almost always stems from outside expectations and has very little to do with the identity we would create for ourselves if we felt uninhibited. At 30, I feel far less inhibited than I used to. I know what I like, even if I can’t always find it or put it together from items in my closet, and that makes such a difference in going about my life.

It’s that intangible, identity-building piece around style and fashion that complicates the reality that we have to limit our consumption, especially of new goods. How do we glean the benefits of style without being mere consumers, resource-users, and exploiters? One thing I’ve been thinking about is the idea of communal identity rather than personal identity. We worship individual expression in this country, whereas collectivist cultures – both living and past – saw sartorial choices as both an expression of self and an expression of the community to which they belonged.

How would our conception of personal style change if we were able to successfully foster a sense of group identity? My clothes would always be in explicit conversation with others rather than something that sets me apart, and perhaps that conversation would prioritize sustainability and stewardship rather than gaining some kind of bird-of-paradise flamboyant, competitive edge. This is clearly not a well hashed-out thought yet, but thought I’d put it out there. Maybe one of you can explain to me what I’m talking about.