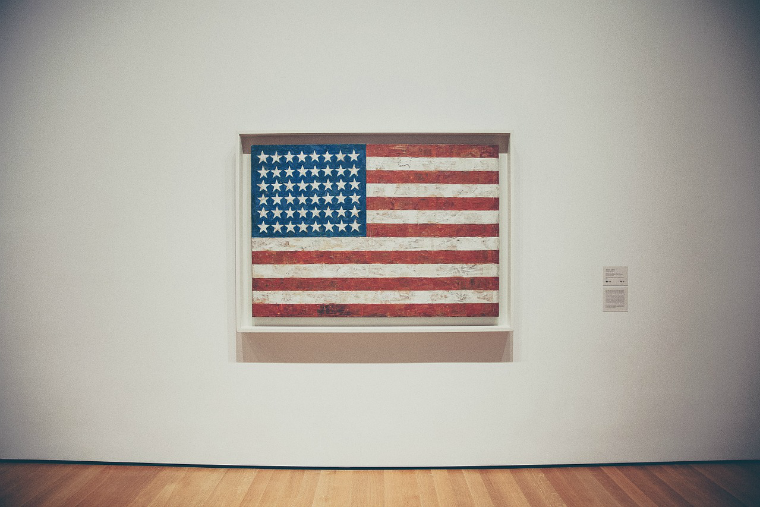 It’s the 4th of July and I’m in Florida awaiting tomorrow’s memorial service for my husband’s late grandmother. I don’t have a lot of spirit left to wax poetic (or otherwise) about much of anything, but I thought I should say something in light of this, our country’s most exciting patriotic holiday.

When I think of my layered identities, American is close to the core. I was born in Indiana, lived in a house next to a cornfield. My great grandparents were subsistence farmers, their children blue collar workers and labor leaders at the GM factory, and their children – my parents – white collar, corporate types. My family history embodies the American Dream: climbing the ladder of success and economic independence despite, not because of, where we came from. This ideal is beautiful. So beautiful that we forget that it’s not really true for millions of people – children, parents, families – in this country.

Being an American doesn’t guarantee material or personal success.

I was going to say something about some distant, romantic past where being American did guarantee that, but the truth is, it never has. Being at the top of the capitalist food chain as a nation gives us a collective advantage, but it also creates gross income inequality and forces regular people to bow to the wills of the “job creators” who are, simply as a result of working within a capitalist framework, either resigned to or motivated by profit.

But it’s always about profit.

I’ve been tracking an ethical company I used to heavily endorse over the course of the past year after it, quite literally, sold out to investors. This company insisted that a for-profit social enterprise model would guarantee greater success for the people they employ across the world. And if you look at their astronomical growth, that’s probably true in a way.

But they grew at the expense of their core values.

They changed their business model to one that puts more of the focus on the narrative of a fictionalized, wanderlusting, individual consumer instead of their employees and the quality of their product. They brought products to market before they had been perfected. They painted the poverty of the global south as a novelty for social media likes.

They lost their uncompromising commitment to the ideals of ethical business along the way.

And it’s a shame, because as much as sustained growth matters, how can it matter more than the message of living your values, especially when you’re a values-based company? Which brings me back to this point: capitalism requires us to place profit over people every time.

That’s not to say that there aren’t good people (there are lots of them, actually) working within a capitalist framework. Rather, it’s a word of caution to businesses and consumers alike that we must work intentionally to create something meaningful and human-centered within a framework that will always resist it.

But back to the main point: the American Dream is inextricably linked to this capitalist, profit-over-people system. It’s about carving your own niche, creating businesses, and finding new and innovative ways to profit. Under the ideals of the American Dream, we can switch career and life trajectories so easily (remember, this is theoretical) because we’re willing to do whatever it takes to get ahead, forsaking family ties and relationships for the good of the business endeavor. In fact, we must forsake these if we want to stay the course.

It’s not just that the American Dream isn’t true, it’s that it’s not what we should be wanting in the first place.

Financial security is important, but idolatry of the boot strapping, profit hunting entrepreneur is both dangerous and pathetic. If your first goal is to get big, then your priorities aren’t in order.

I want to aspire to an American Dream that is truly inclusive.

And that means we have to stop bowing down to the capitalist system and its entrepreneurial gods, stand up, look around, and see the crowd of people we stand with.

I want united states and united people. I want us to notice the people doing the work, and sustaining it. I want us to recognize our complicity in impoverishing other countries and other people for our own gain. I want us to stop “being changed” only by our exotic mission trips to Africa and start being moved by the people in need in our own communities. I want us to physically move, to say something, to see small needs and correct them.

To see big needs and join a movement.

I want boots on the ground of every city, hands up, saying we will no longer stand for fear and violence, ignorance and hate. We will not be afraid. We will not. We cannot.

I dream of an America where people look into each other’s eyes and say we are in this together.

And maybe it’ll be hard and maybe we won’t succeed, but it’s about time we freaking try.