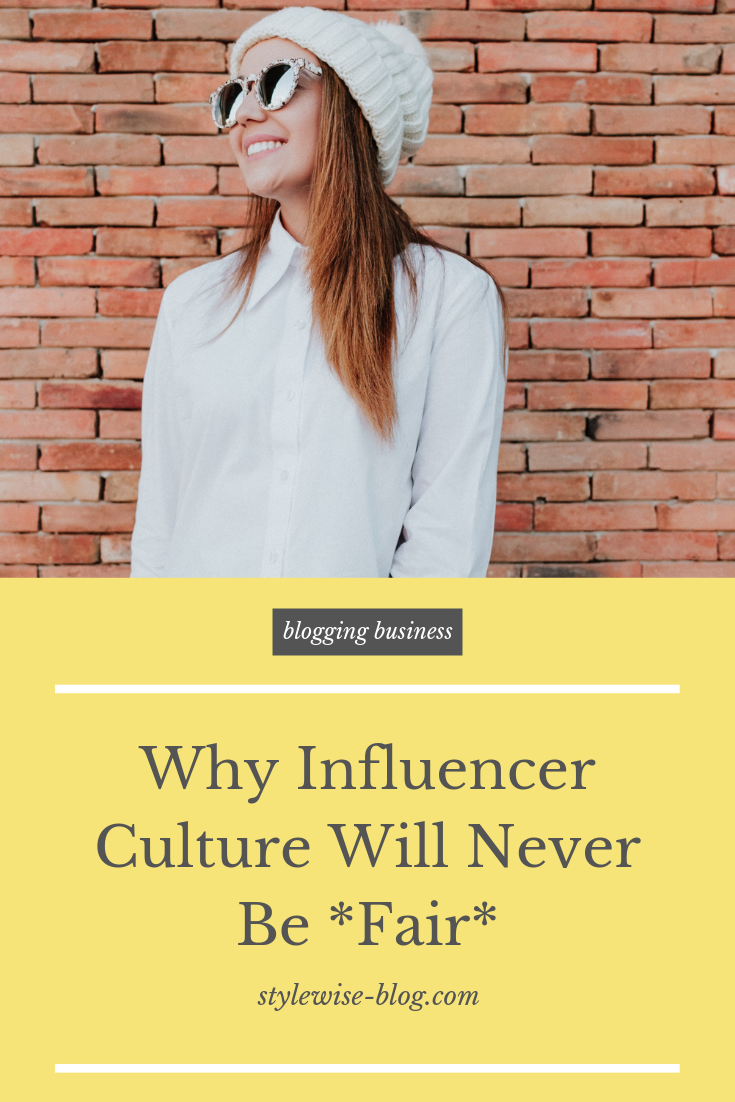 Have you heard of the term influencer? Me neither.

Just kidding. Roughly concurrent with the rise of Instagram, the term influencer generally refers to people who monetarily benefit from their influence, acting as contracted marketers, photographers, and copywriters for brands and other organizations.

This strategy has proven very effective for companies for a few reasons, but at its purest, the reason to work with an influencer has to do with an assumption of authenticity. When your Instagram best friend is telling you about a product she *loves,* the effect is very different than seeing a glossy magazine ad or watching a commercial. Trust is formed, click-through increases, and you probably get a little dopamine rush as you purchase something that virtually bonds you to the influencer in shared interest and shared community.

Encouraged by aspiration and our evolutionary proclivity for social attachment, the product you buy on an influencer’s recommendation feels like a win-win-win for all interested parties.

In its early days, before the Federal Trade Commission and other consumer oversight agencies caught wind of influencer marketing, the so-called influencer didn’t have to – and often didn’t – disclose the marketing relationship, which meant that oftentimes the follower or reader didn’t understand the nature of the review or story, which only reinforced the assumption of authenticity. In recent months and years, regulations have become much more rigorous, and now a quick scroll through any Instagram feed will reveal how massive the influencer marketing niche has become.

I started blogging before the term influencer existed. Back then, relatively few people used Instagram, some of us still didn’t own smartphones (cough-me), and, while personal style bloggers were experiencing a boom in free product offerings by companies like ModCloth, very few people in the fashion space were making a living off of their blogs.

As influencer marketing became ubiquitous, celebrated even, unsurprisingly the bandwagoners came running. Who wouldn’t want free product, overflowing compliments, and even payment for work we were already doing just for fun?

But with this influx came critique. For convenience’s sake, I’ll let you into some of my bitter inner thoughts…

I’m ashamed to admit that every single one of these thoughts has run through my head in the past seven years, many more than once. But it gets at a struggle many of us who work within or on the borders of influencer culture experience, even more so when you’re from a marginalized group.

It’s true. There’s no way around it. People who get famous in this niche normally have a few things going for them:

This is not to discount the fact that many influencers are genius marketers and trend forecasters. There is real work involved, even if you’ve been buoyed by a number of advantages outside of your control.

And I’m also not suggesting that people who fall outside some of those listed categories are not doing well for themselves in the influencer space. But when they do succeed, it still has something to do with being in the right place at the right time. Simply keeping your head down will not bolster you to the top of the influencer pyramid.

And so, again, we cry “influencer marketing isn’t fair!” 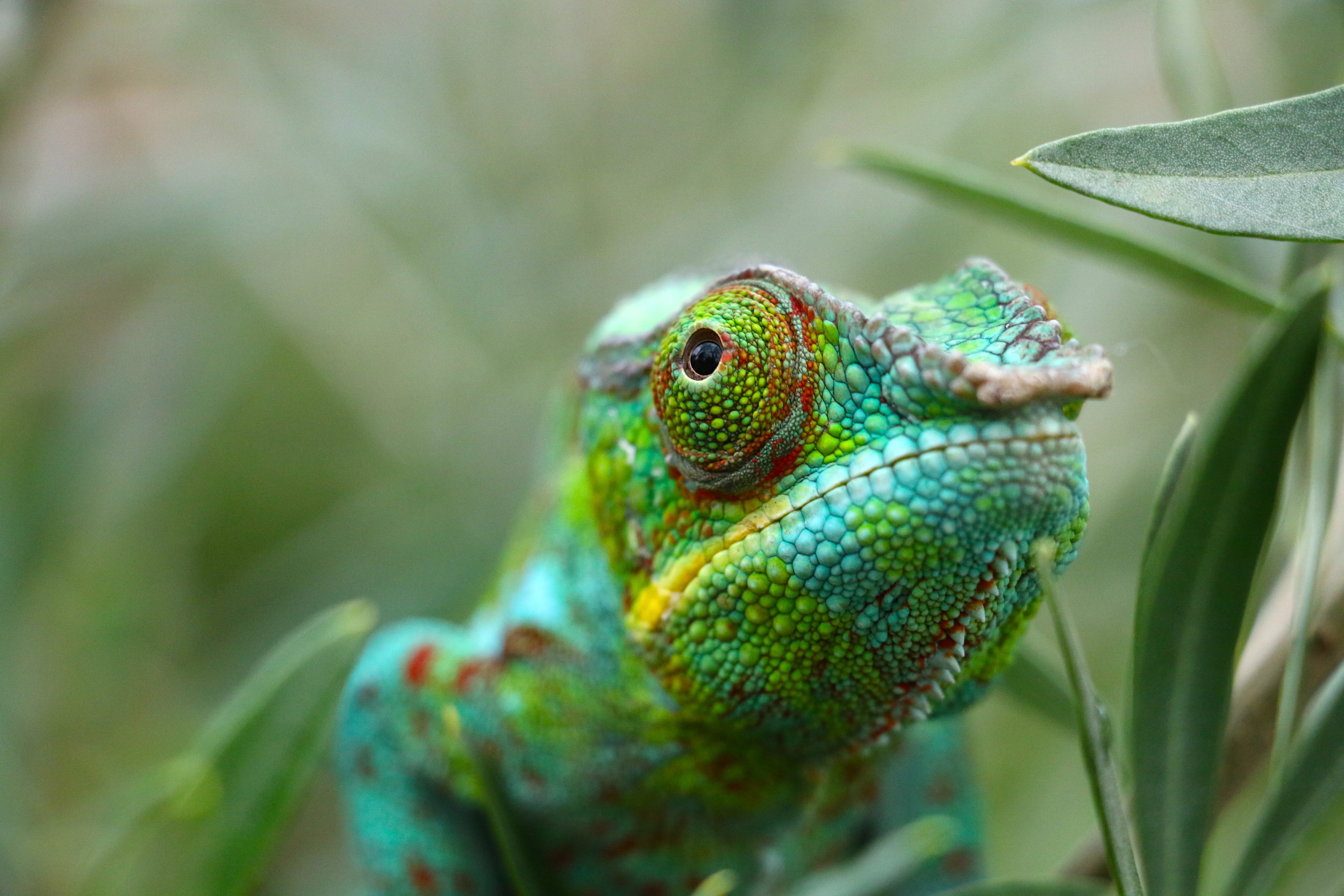 This chameleon is judging you

But why do we expect a marketing job to be fair?

When you’re working in the ethical influencer space, you don’t want status quo. You want to believe that people are going to play fair, or stop playing games altogether. That is noble.

It’s also true that many brands in the ethical fashion niche *are* actively trying to improve the way marketing is done to live into their values of fairness, equity, and representation. But the ones who aren’t probably got some bad marketing advice from an agency, or are so bootstrapped it hasn’t occurred to them to take a risk in the way they work with influencers.

Influencer marketing can’t offer the kind of clear metrics of success that traditional marketing can, and so I think that sense of risk is felt more strongly. This isn’t an excuse, but it does speak to the complexity of the niche.

I very sincerely hope you don’t read through my list of influencer traits and determine to take them on. I am not suggesting that any of us should conform to the amoral value systems of influencer culture. And I really don’t think you can reclaim a structure that is inherently built on exploitation. Sure, it may be one way to succeed, but are you willing to sell your soul and manipulate your core identity to make a few bucks?

I speak as someone who KNOWS I have lost opportunities, or not even been considered for them, because I am often critical of the ethical fashion space. And though I personally like the way I look, I know that the way I engage (someone told me I write at too high a reading level – sorry!), the way I dress, and my less conventional beauty (gotta flatter myself a little) make me a less appealing candidate for certain campaigns. That being said, I have been favored due to a number of inherent privileges I hold, and by no means can I pretend as if I’m being actively marginalized by this industry.

The only way to exist in this niche with integrity is to know yourself well enough to say no. To build yourself up and not fall prey to bitterness over the unfairness of it all.

If people don’t appreciate the work you’re doing enough to monetize it, it doesn’t mean your work isn’t valid and vital. It just means that money isn’t the best way to measure impact.

Influencer marketing isn’t all bad, but it certainly doesn’t build the kind of authentic community that will bring us to greater understanding of one another or to global solutions. We would do well to dedicate a little bit of time to bolstering this industry in more ethical ways, but at the end of the day, we have to decide how much of our limited time we’re willing to give to a framework that doesn’t and won’t ever have our backs.

And in that sense, sometimes keeping our heads down and doing the work we find personally important is enough. At least, I like to tell myself that.