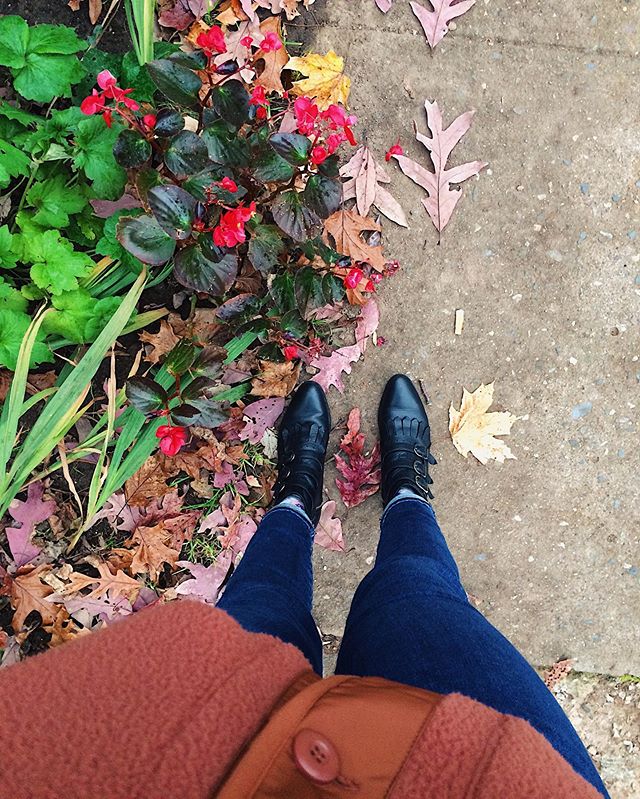 What I’ve Been Reading This Month

A popular fashion YouTuber known for her support of sustainability and thrifting is being called out for publishing a video last week that was sponsored by Amazon Prime Wardrobe.

Fabric thickness played a role in shedding, with thicker fabrics releasing more microfibers. Textile properties like construction, yarn type and mechanical or chemical treatments also influenced the degree of microfiber shedding, though more research is needed to understand exactly how much.

Wear Clothes? Then You’re Part of the Problem

Indeed, caring about clothes is often considered frivolous, at odds with concern about the fate of the planet. The actor and environmentalist Woody Harrelson expressed this view when he hosted “Saturday Night Live” the week after the recent climate marches in New York. “I was always anti-fashion,” he said, “because it always seemed to me there were more important things to care about” — like melting ice caps, the Amazon burning, and the pollution of our water, air and food. Many people fail to see how the $2.5 trillion apparel industry is connected to our environment, which means we persistently pay no attention to how it might help us solve our climate crisis.

The Metropolitan New York Synod of the Evangelical Lutheran Church in America has released an LGBTQ-inclusive app for children.

The app features six different games. In one of them, children can marry couples of the race, ethnicity, and gender identity of their choosing, including same-sex pairings.

When a Radically Progressive Christian Feminist Movement Was Sabotaged

The theological perspective that thrived over Re-Imagining’s few days wasn’t the result of church ladies suddenly gone rogue. Feminist theology had long been an area of academia and mode of worship for many people—it just wasn’t mainstream enough to cause a stir.

So while West paints “the Christians” as a monolith, in actuality his spiritual recommitment has opened up fissures in the black Christian community, with listeners on both sides believing that Jesus Is King has the potential to be a turning point for gospel music — for better or worse. Take a closer look at how West’s latest offering is dividing many in the spiritual community.

Let’s Wage a War on Loneliness

I’ve become interested in loneliness while reporting on the opioid epidemic and soaring suicide rates in the United States. These have complicated roots, partly economic, but they also result from social isolation. Extended families have dissolved, and social institutions like churches, bowling leagues and neighborhood clubs have frayed. We are no longer so deeply embedded in our communities.

Is Humility the New Vulnerability?

Actual humility asks us to keep these pleasures ourselves. But if we do so, we pay a price, because we go unseen—and in this online world, ever encroaching on the real one, visibility is often the closest possible approximation to what we actually need: connection. There is no real way to act humbly online while also being noticed—which leaves us with one of two choices. We can perform #humility. It will look enough like the real thing to fool some people, and we can hashtag our #randomactofkindness until we collectively recoil and move on to the next thing. Or we can respond more fully to our sense that humility is the right way forward by seeking it out away from our screens.

How meritocracy harms everyone — even the winners

Meritocrats are constantly struggling and being evaluated and tested, and they constantly have to shape and manipulate themselves in order to pass the test. And in a way, it’s like they’re portfolio managers whose assets include just themselves, and they have kind of an instrumental and alienated attitude toward their own lives because they have to treat their life that way.

Integrating indigeneity – an Op-ed by my friend, Madeleine

Not having Indigenous studies at an institutional level means that the necessary work of educating people about indigeneity falls to the few Native students on the Quad. I cannot speak for the others, but I am exhausted. While my peers and professors are kind and cognizant that asking me about indigeneity or my position on how the divinity school handles this blind spot places a demand on me, I never want to turn down these opportunities. There is clearly a hunger and curiosity from the student body for knowledge of Indigenous peoples and scholarship and I want to encourage and help satisfy that need. At the same time, I, the other Indigenous students, and the few professors who teach courses that involve Indigenous scholarship cannot satisfy that need alone.

Do Babies Cry in Different Languages?

Hearing and imitating are fundamental to language development. By the third trimester, a fetus can hear the rhythm and melody of its mother’s voice — known as “prosody.” Since individual words are muffled by tissue and amniotic fluid, prosody becomes the defining characteristic of language for the fetus. After they are born, young babies mimic many different sounds. But they are especially shaped by the prosody they heard in the womb, which becomes a handy guide to the strange sounds coming from the people around them. Through stress, pauses and other cues, prosody cuts up the stream of sound into words and phrases – that is, into speech.