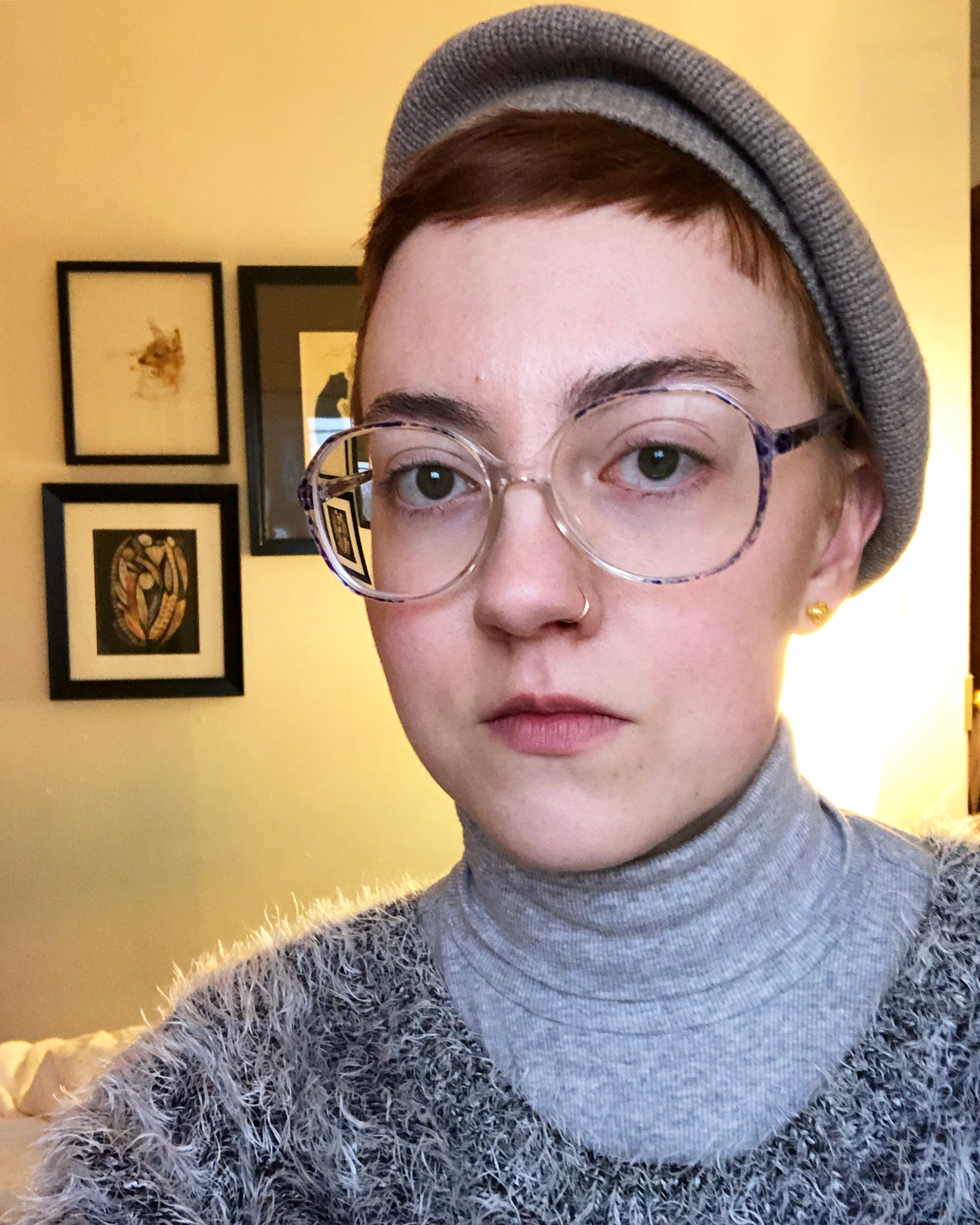 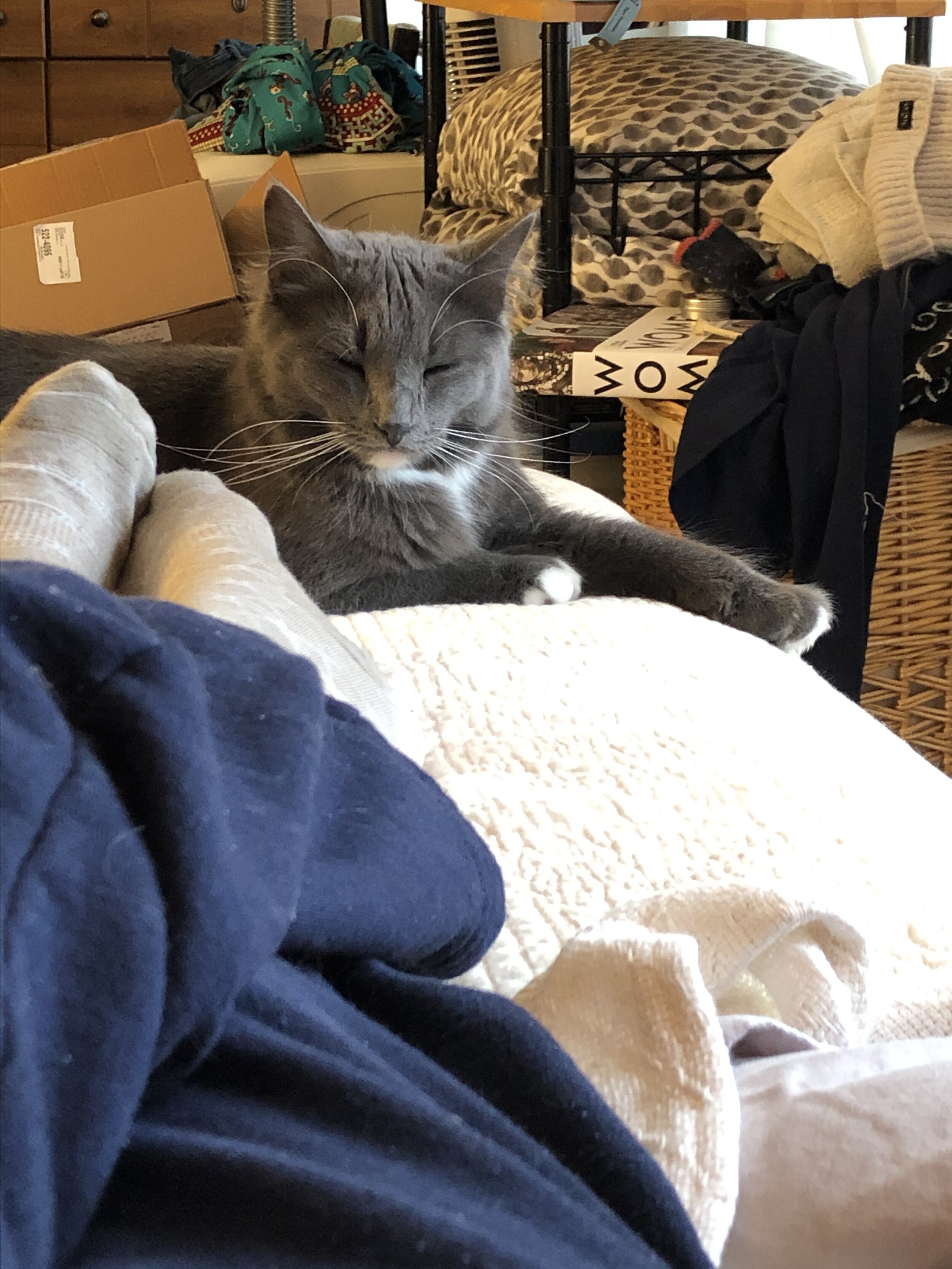 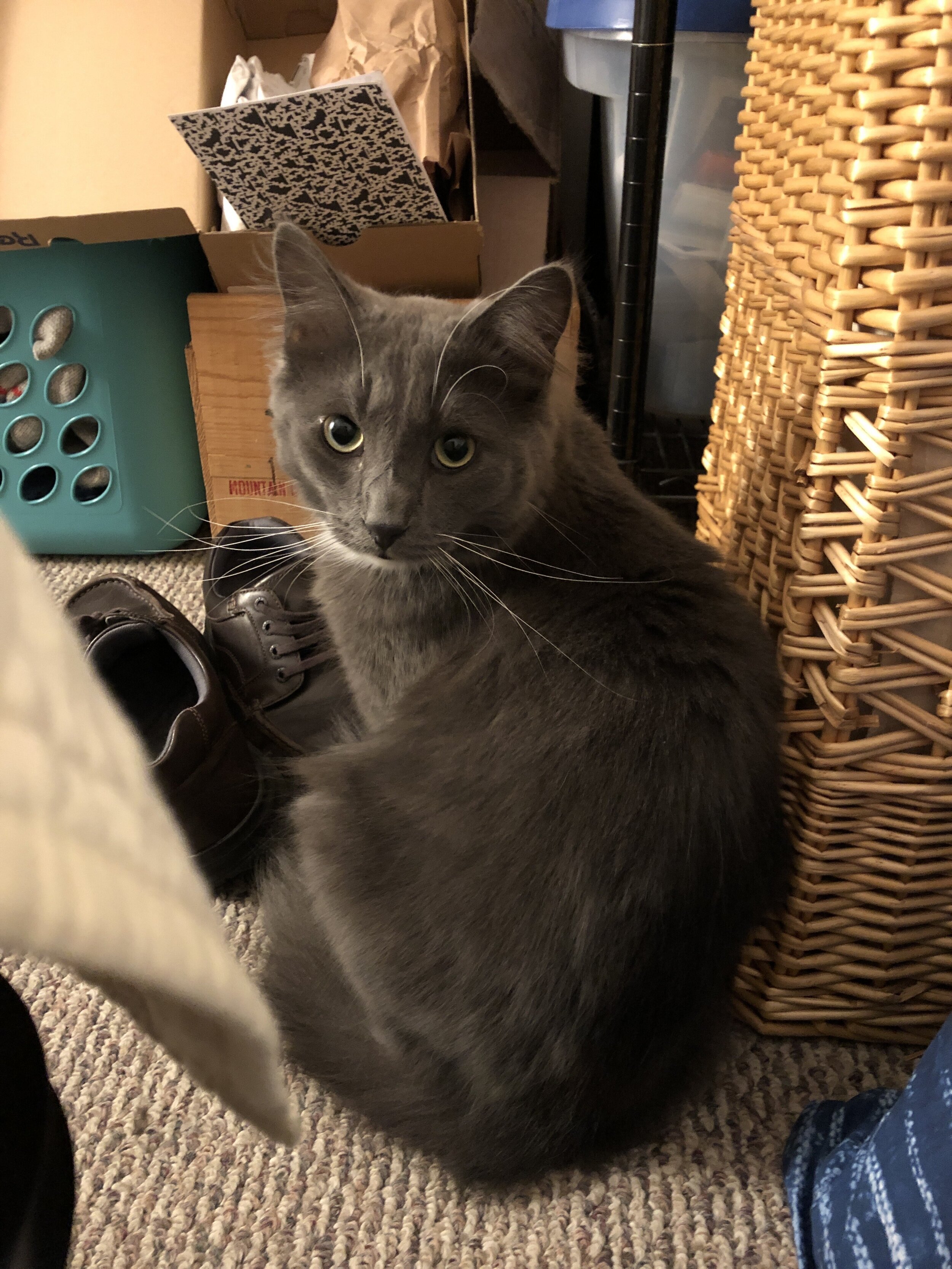 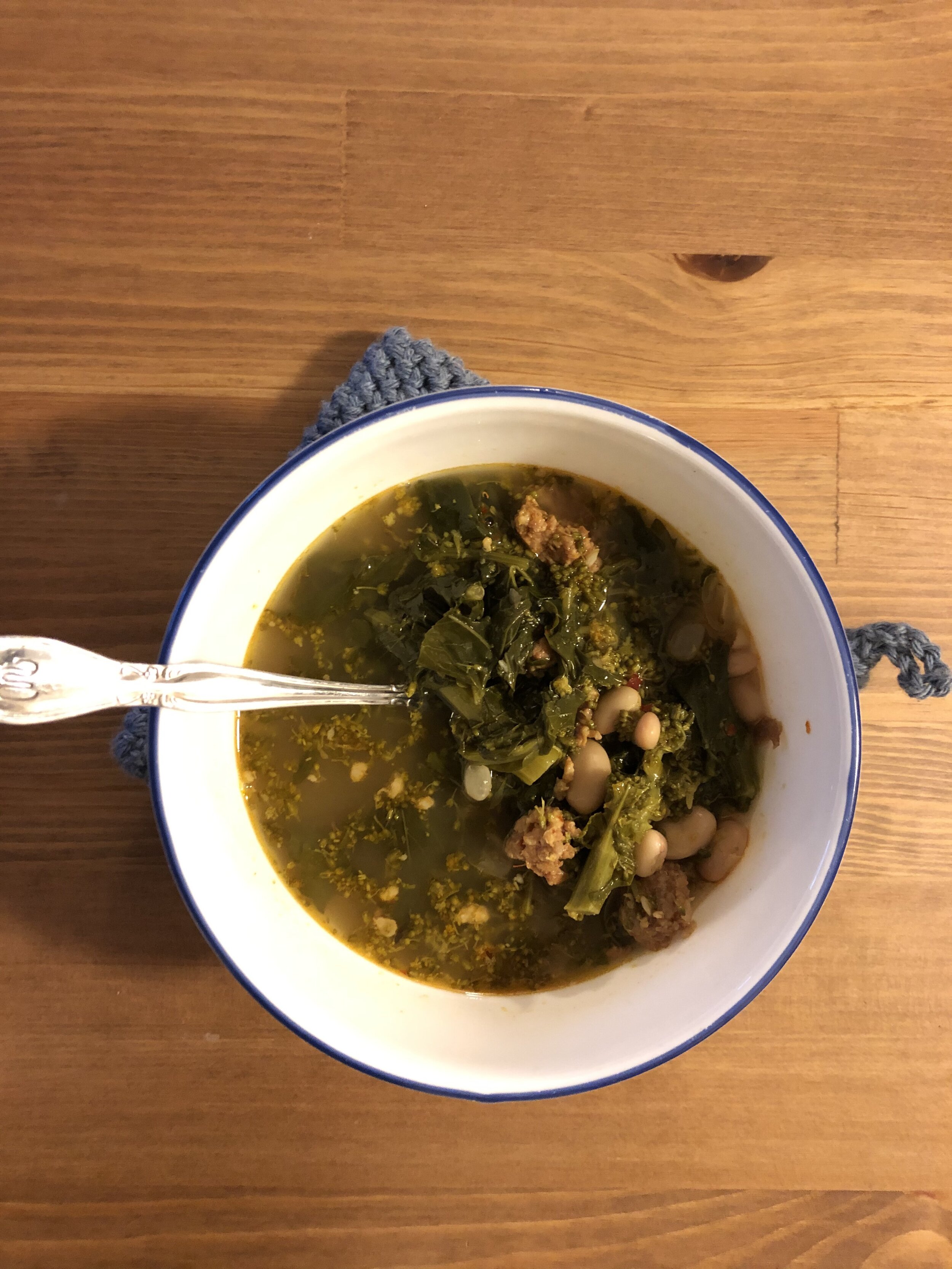 I hate to start with these, but sigh, I have been down this week.

Christians have a word to describe the worship of that which is not God: idolatry. Idolatry, of course, can be a quite impressive form of devotion. The only difficulty is idolaters usually end up killing someone for calling into question their “god.”

That is because Trump is man-as-message, man-as-messiah. Trump support isn’t philosophical but theological. Trumpism is a religion founded on patriarchy and white supremacy.

It is the belief that even the least qualified man is a better choice than the most qualified woman and a belief that the most vile, anti-intellectual, scandal-plagued simpleton of a white man is sufficient to follow in the presidential footsteps of the best educated, most eloquent, most affable black man.

Unlike organizers such as Matias, the political hobbyists are disproportionately college-educated white men. They learn about and talk about big important things. Their style of politics is a parlor game in which they debate the issues on their abstract merits. Media commentators and good-government reform groups have generally regarded this as a cleaner, more evolved, less self-interested version of politics compared with the kind of politics that Matias practices.

In reality, political hobbyists have harmed American democracy and would do better by redirecting their political energy toward serving the material and emotional needs of their neighbors. People who have a personal stake in the outcome of politics often have a better understanding of how power can and should be exercised—not just at the polls, once every four years, but person to person, day in and day out.

Branding, in its truest and most advanced incarnations, is about corporate transcendence.” Empirical research supports Klein’s claim. In a series of studies published as “Brands: The Opiate of the Nonreligious Masses?” in the journal Marketing Science, researchers from the United States and Israel found that subjects with strong traditional religious ties were much less likely to choose name brands for products that are used as a form of self-expression. The authors conclude that brand loyalty functions as a substitute for traditional religion.

In Defense of the Predator

“The classic view in ecology has always been that a habitat will attract herbivores, and then predators will come and eat the herbivores,” Schmitz said. “What we’re seeing now is that predators are actually the ones building the habitat. They’re regulating what herbivores do and, in a sense, promoting habitat sustainability.”

We Spoke To 5 Climate Experts About What Gives Them Hope

“I have a tenuous relationship with hope these days, but I am certainly bolstered by the fact that we already have all the solutions we need. From renewable energy, to replanting ecosystems, to regenerative farming, to retrofitting buildings, to electrifying transportation, to reducing waste — we don’t need to wait for new technologies, we just need to get to work. Plus, much of that doesn’t require the federal government, and there is so much beautiful and creative work happening at local levels just waiting to be replicated and spread.”

How Sustainable Is Renting Your Clothes, Really?

Every sequin skirt borrowed must be returned, which means the shipping impact of leasing your wardrobe could be neck-and-neck with that of a fast fashion shopper. Transportation is now the top source of carbon dioxide emissions in the United States, and online shopping is partly to blame. A quarter of this footprint comes from trucks doing “last-mile deliveries,” taking packages ordered online from a warehouse to your front door. And second only to manufacturing our clothes, consumer transportation has the largest footprint of our fashion habit, according to some studies.

The dark side of plant-based food: It’s more about money than you may think

This is part of a wider trend away from small and mid-size producers towards industrial-scale farming and a global food market in which food is manufactured from cheap ingredients bought in a global bulk commodities market that is subject to fierce competition. Consider the launch of a whole new range of laboratory created “fake meats” (fake dairy, fake eggs) in the U.S. and Europe, oft celebrated for aiding the rise of the vegan movement. Such trends entrench the shift of political power away from traditional farms and local markets towards biotech companies and multinationals.

Who Killed the Knapp Family?

The stock market is near record highs, but working-class Americans (often defined as those without college degrees) continue to struggle. If you’re only a high school graduate, or worse, a dropout, work no longer pays. If the federal minimum wage in 1968 had kept up with inflation and productivity, it would now be $22 an hour. Instead, it’s $7.25.

Increasing the minimum wage by $1 could reduce US suicide rates, study finds

A new 25-year observational study published this week in the Journal of Epidemiology and Community Health found that a $1 increase in the minimum wage resulted in an estimated 3.4% to 5.9% decrease in suicide rates among adults ages 18 to 64, and a $2 increase could have prevented an estimated 40,000 suicides alone between 2009 and 2015.

I am taking a Modern American Religions class this semester, which covers colonial to contemporary issues revolving around the political-social-religious landscape of the Americas. Though historically this course has been quite traditional in its scope in that it has dealt mostly with Christianity in the “New World,” my instructors have rebranded it as a People’s History of the Americas, and are paying special attention to indigenous religions, religious hybridity (the way religions change and transform in the face of new religious ideas), and African and African-American religious movements. More than anything, I have been mind-blown every day by the way things were shaped for me throughout my childhood education, and by how much I missed. Colonialism, genocide, forced removals, slavery – it is one thing to know these things exist and another thing to totally immerse yourself in primary sources of the people who have, traditionally, not been allowed to tell their own stories.

I also saw a play called Manahatta yesterday, which tells the story of a Lanape Native American family through the shifting lenses of 17th century Dutch colonial invasion in what is now Manhattan and the 2008 housing market collapse. It’s a dynamic portrayal of greed and generational trauma, and a view into the life of an indigenous family. All indigenous characters were played by indigenous actors, who answered questions after the show was over. Again, this play reinforced for me how much I had missed – not in basic facts – but of the humanity of those who have suffered, and continue to suffer.