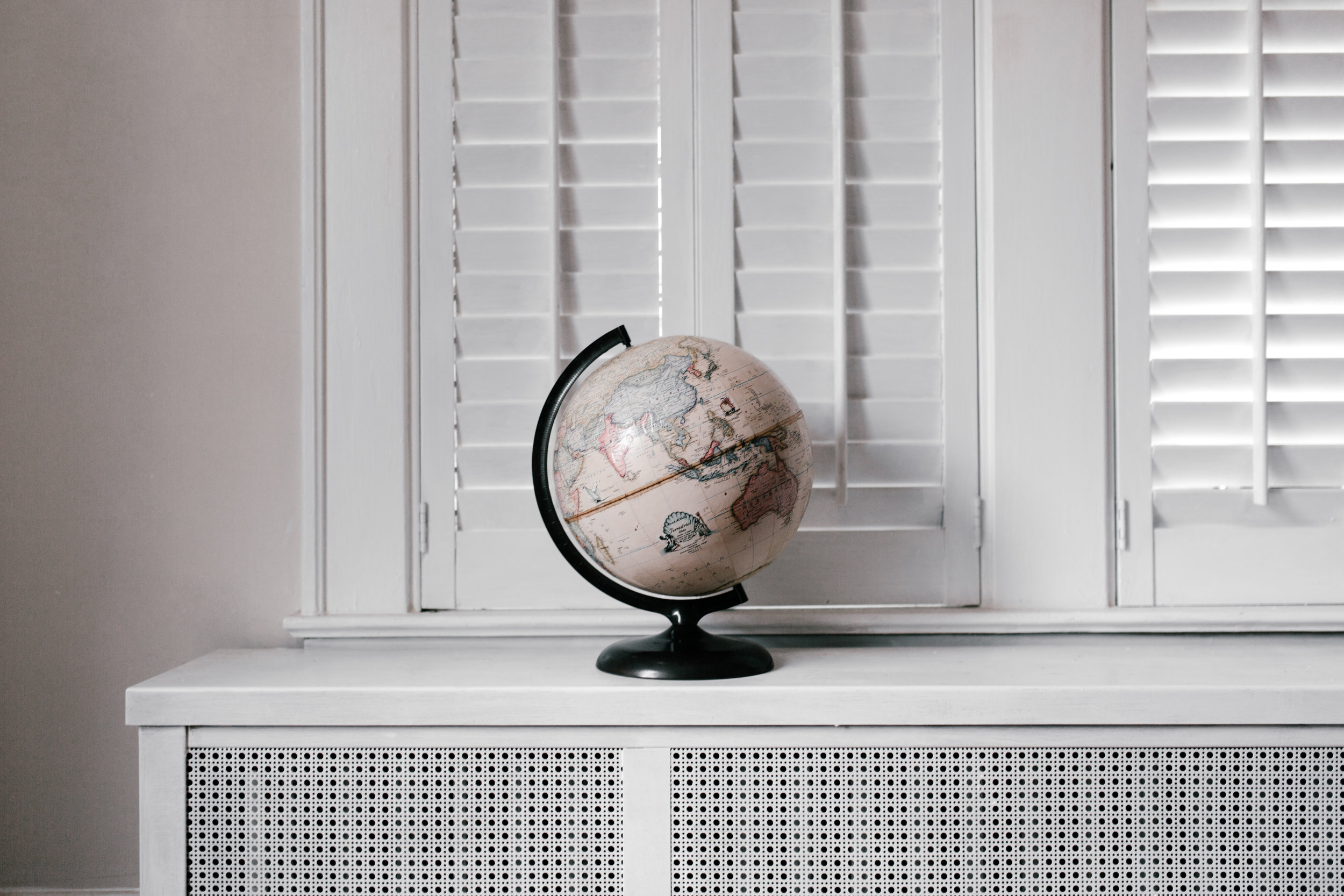 I spent a lot of time traveling over the last week, spending a long weekend with Daniel’s family on the Gulf Coast of Florida. It was relaxing and beautiful and nostalgic – we were only a stone’s throw away from where I grew up – but I couldn’t shake my absolute horror over what’s happening at the southern border of the US. Here’s what I read…

Articles and Resources on the Border Crisis

MSF does not run medical projects in the US, but our teams along the border in Mexico see hundreds of patients every week who have been deported from US detention centers.

“The Whole Facility’s Culture Is Rotted From the Core”: What Alexandria Ocasio-Cortez Saw Inside the El Paso Camps

The fact that these officers had felt comfortable enough to use sarcasm in these circumstances tells me that the whole facility’s culture is rotted from the core, and prioritizes and incentivizes dehumanizing behavior. So I put my hand on the glass, and it’s cold. And I say, “What’s the temperature in this room right now?” All these women are huddled up in these sleeping bags. They don’t have pillows, nothing. And he says, “Oh well, it’s cooler there than it is outside.” And I said, “You’re going to let me in this cell right now. You’re going to let me in here right now.”

Elizabeth Warren describes her visit to the camps

This is a year old, but still very relevant

The stench – body odor and fear – hits the second the door is opened. The first cages are full of men. The chain link is about 12-15 feet high, and the men are tightly packed. I don’t think they could all lie down at the same time. There’s a toilet at the back of the cage behind a half-wall, but no place to shower or wash up. One man kept shouting, “A shower, please. Just a shower.”

We learn to think of history as something that has already happened, to other people. Our own moment, filled as it is with minutiae destined to be forgotten, always looks smaller in comparison. As for history, the greater the event, the more mythologized it becomes. Despite our best intentions, the myth becomes a caricature of sorts. Hitler, or Stalin, comes to look like a two-dimensional villain—someone whom contemporaries could not have seen as a human being. The Holocaust, or the Gulag, are such monstrous events that the very idea of rendering them in any sort of gray scale seems monstrous, too. This has the effect of making them, essentially, unimaginable. In crafting the story of something that should never have been allowed to happen, we forge the story of something that couldn’t possibly have happened. Or, to use a phrase only slightly out of context, something that can’t happen here.

Christ in the Camps

I humbly reach out to the only faction of Americans I know of who have the ear of the administration and who care about children: my brothers and sisters in Christ who attend evangelical churches. It seems clear that we are in the midst of a profound humanitarian crisis and that children are being forced to suffer in terrible ways. Maybe it was never supposed to be this way; maybe the system just got overwhelmed. But this is a disaster. Children are programmed to think that any separation from a parent or a caregiver is a life-or-death situation. I keep imagining one of these children having a dream that he’s home, with his mother and brothers and sisters, but then waking up to see he’s still in a terrible place. If evangelical Christians stood up for these children, things could change in the camps very quickly.

Fleeing North in the Full Armor of God

The church that I pastor in San Antonio has, for years, hosted asylum-seeking families as they pass through. We hear their stories in the small guesthouse behind our church or in our own kitchens. Upon arrival, they sign our guestbook and tell us their religious affiliation. The vast majority of these families arriving at our church—nearly 80 percent—are evangelical Christians.

Bad Faith Argument 1: “This isn’t our responsibility. Those people’s governments should do more to help them.”

Firstly, a consistent ethic of human sacredness would lead us to see this claim as utterly inhumane. But what’s most bizarre about it is that it’s not even true. The US has a long history of economic and political intervention in Central and South America. We help destabilize governments and oust leaders, control large swaths of natural resources, and use economic and social turmoil to our advantage. WE ARE DIRECTLY RESPONSIBLE, in more ways than one.

A Century of U.S. Intervention Created the Immigration Crisis

In the past fifteen years alone, CAFTA-DR — a free trade agreement between the U.S. and five Central American countries as well as the Dominican Republic — has restructured the region’s economy and guaranteed economic dependence on the United States through massive trade imbalances and the influx of American agricultural and industrial goods that weaken domestic industries.

The US has been involved in regime change in 13 Latin American countries, many under the guise of “fighting communism”

After the democratic election of President Salvador Allende in 1970, an economic war ordered by President Richard Nixon,[11] among other things, caused the 1973 Chilean coup d’état with the involvement of the CIA[12][13] due to Allende’s democratic socialist leanings. What follows was the decades-long US-backed military dictatorship of Augusto Pinochet.

Why U.S. Companies Are Increasingly Unwelcome in South America

Ecuador is probably the best such example, with its protracted lawsuit(s) with Chevron/Texaco over the company’s dumping of 18 billion gallons of waste in the Amazon jungle after operating there for 23 years. In a landmark decision from 2011, an Ecuadorian judge asked the company to pay a record $18 billion in damages, a figure later halved by the country’s Supreme Court. Refusing to pay, Chevron deployed a massive lobbying and PR campaign meant to discredit Ecuador’s justice system. The trial has subsequently moved away from the core issue of cleaning up the devastating damaged left behind to courtroom acrobatics.

Bad Faith Argument 2: “Why can’t they go to another country?”

In total about one in every 10 people in Venezuela have fled their country in the past three years, with about one million now living in Colombia, 500,000 in Peru, 222,000 in Ecuador, 130,000 in Argentina and 85,000 in Brazil, as well as tens of thousands living in several Caribbean islands.

The 2020 budget’s Medicaid reforms include adding work requirements and repealing Medicaid expansion and one of the most successful policies within the Affordable Care Act. Medicaid expansion reduced the uninsured rate by more than 6 percent in states that enacted the policy; it continues to show better health outcomes and is popular in conservative states. But Trump is envisioning changing Medicaid altogether; his budget proposes transforming the current pay-as-needed system to a block grant, where states are given a capped lump-sum fund that doesn’t grow with increased need or rising costs. The budget proposes a $1.2 trillion “Market-Based Health Care Grant.”

It may only take 3.5% of the population to topple a dictator – with civil resistance

Nonviolent resistance does not happen overnight or automatically. It requires an informed and prepared public, keen to the strategy and dynamics of its political power. Although nonviolent campaigns often begin with a committed and experienced core, successful ones enlarge the diversity of participants, maintain nonviolent discipline and expand the types of nonviolent actions they use.

What You Need to Know About the Crisis at the Border. And what you can do to help.

>> There’s a big list of places you can donate to at the end of this link. I will continue to make my monthly contribution to the ACLU, and ramp it up once I have more income. 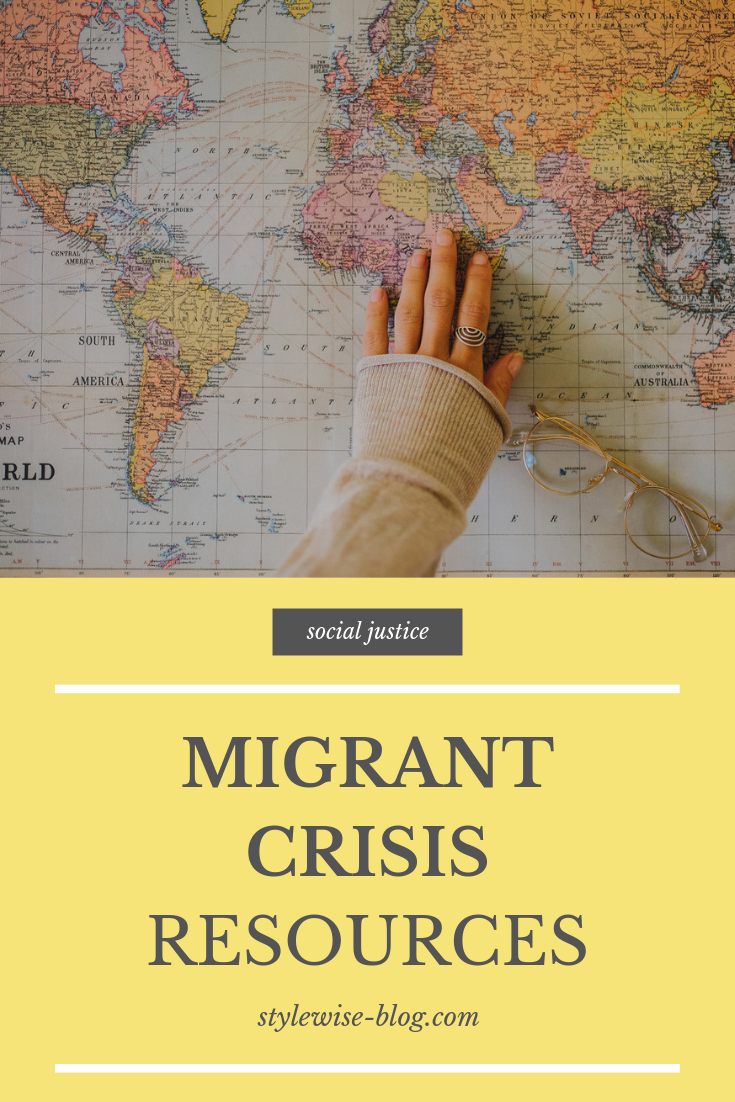